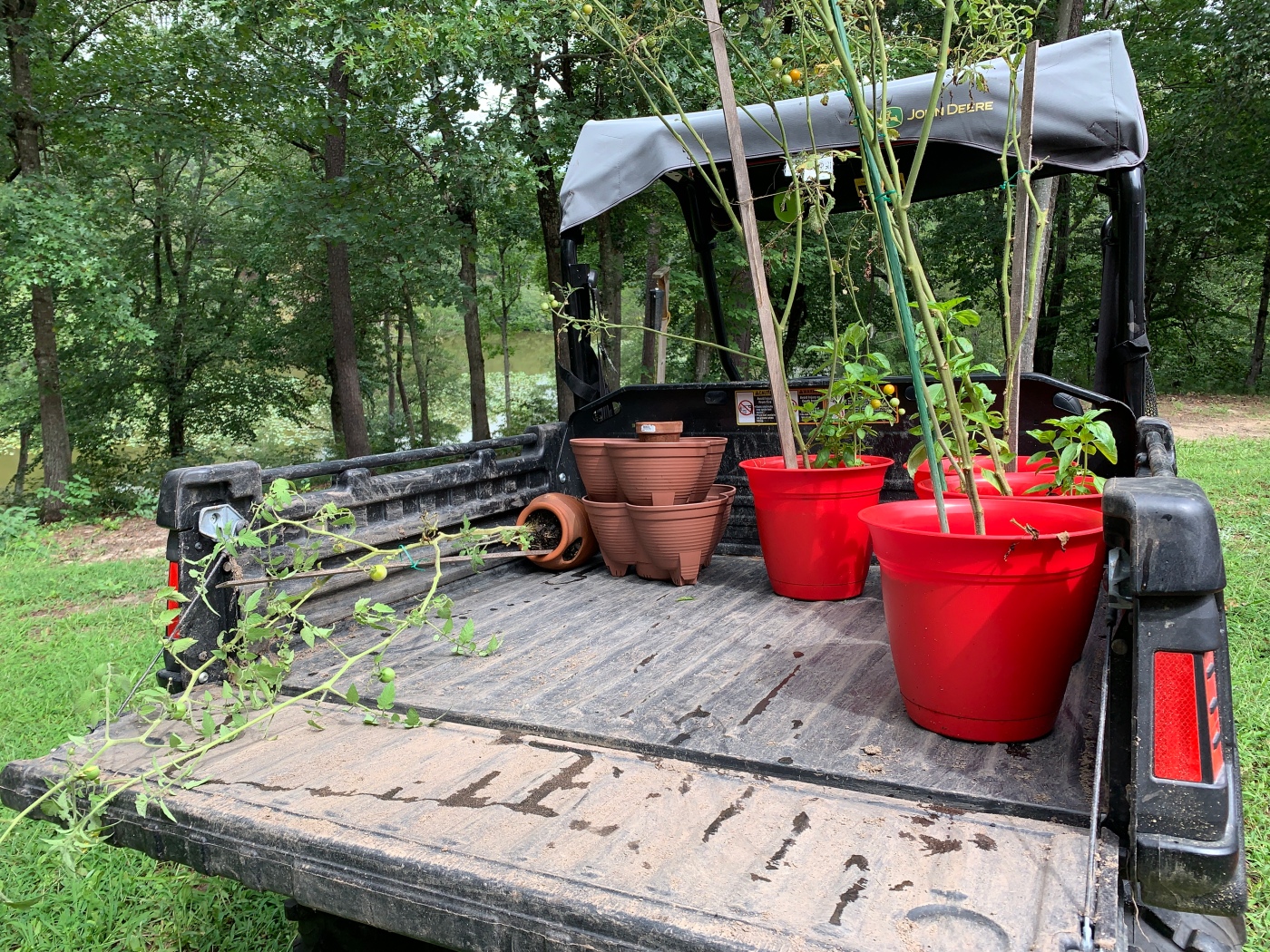 Two days before hurricane Isaias came to Virginia pole beans and okra seeds were pushed into a starting mix of peat moss, perlite, and vermiculite. They sprouted 24 hours later. It was crazy. Encouraged by their rapid growth, I planted broccoli, cauliflower, spinach, kohlrabi, and a few more fall plants.

The seed trays were left under the protection of the porch during the heavy rains for several days. The beans turned spindly, like indoor plants without enough light. Their leaves appeared burnt, or dried.

I suppose it was the lack of direct sunlight that caused them to grow several inches in such a short time period. Surprisingly, the okra faired well. However, the germination process was interrupted for the fall seeds, and very few sprouted.

After the hoop house opened for business, the seed trays moved in. The sprouts did well, but no new shoots appeared. Counting the first go round as a loss, I reseeded the fall plants—all but spinach.

Today, sprouts have appeared, and the empty cells are filling up with life. Relocating the seeds worked as well as I imagined. The hoop house shade cloth makes the heat tolerable. I’m still waiting on the thermometer to arrive. Then I can know the difference between what’s going on outside compared to the microclimate of the hoop.

In the spring, when Dick and I decided to grow our food, we agreed to shop from home for most of what we’d need. Due to COVID, we wanted to keep discretionary spending low. Since I’d always envisioned gardening in retirement, I’ve tried managing small gardens throughout the years. I even had a lean-to greenhouse against the garage. There was a fantastic amount of gardening tools, pots, and implements.

We also had a way of using property resources to build and create with fallen trees with our sawmill purchased two years ago. We milled wood to create raised beds, used 10-year-old fencing stored in the barn, and let Tractor and Digger help with the heavy lifting.

The back deck became filled with a hodge-podge of pots, large and small used for tomatoes and peppers. Today, they’re moving to the hoop house. They only have to make it there alive after a Gator ride!

Not knowing any better, I used containers way to small for tomatoes; I didn’t realize that size matters. Two cherry tomatoes needed a container, and so I put them in clay pots. With the season almost over, it won’t hurt to try and transplant them into a badder, better, bigger five gallon-sized container.

Dick and I sifted some of yesterday’s haul of forest soil. We call it our ‘backyard’ dirt that will fill 60% of the five-gallon bucket for tomatoes. Peat moss and compost, in equal parts, make up the rest. Mix in three handfuls of vermiculite, and two handfuls of tomato food.

Tada! All the container peppers and tomatoes are in the hoop house. We transplanted two tomato plants and planted four suckers.

We’re ready for the second half of the season, once this last, hopefully, last heatwave passes. May we be blessed with more fruit.

All about gardens and gardening

simplicity in food and travel

Learning to grow my own food organically

That's All She Wrote

Confessions of A Musing Freak

Recipes showing step by step directions with pictures and a printable recipe card.